Cristiano Ronaldo's Kids: How Many Children Does The Soccer Star Have? 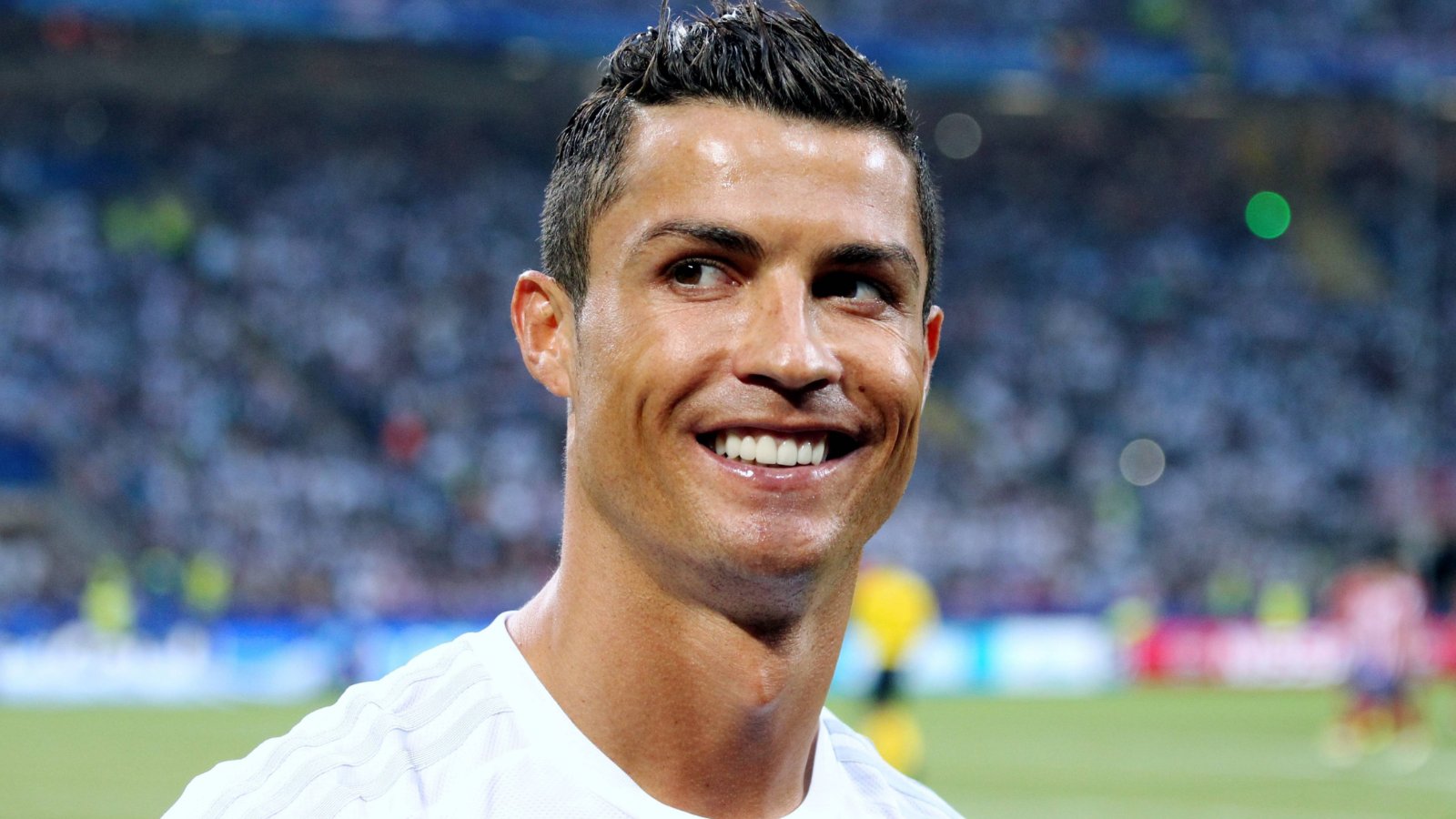 At age 36, Manchester United's Premier League forward Cristiano Ronaldo has four children and is about to become a father for the fifth -- and sixth! -- time. Interestingly enough, three of his kids are the same age, even though only two of them are twins.

The Portuguese soccer star and his longtime girlfriend, Spanish beauty Georgina Rodriguez, are currently expecting twins after welcoming their first child together, daughter Alana Martina dos Santos Aveiro, in 2017. That same year, the athlete, who is considered one of the most decorated football players in the history of the sport, fathered twin boy and girl Eva Maria and Mateo Ronaldo via surrogacy.

Ronaldo's eldest, Cristiano Ronaldo Jr., is seven years older than the rest of the brood and was born long before the Portugal national team captain and the 28-year-old model and author got serious.

The self-proclaimed "proud dad" often shares photos of his non-traditional family on Instagram, raking in millions of likes from his legion of fans. And, given that he's officially the most followed person on the social media platform with a follower count of 398 million and rising, his little ones get plenty of exposure.

Here's everything we know about Ronaldo's kids, from the oldest to the youngest. 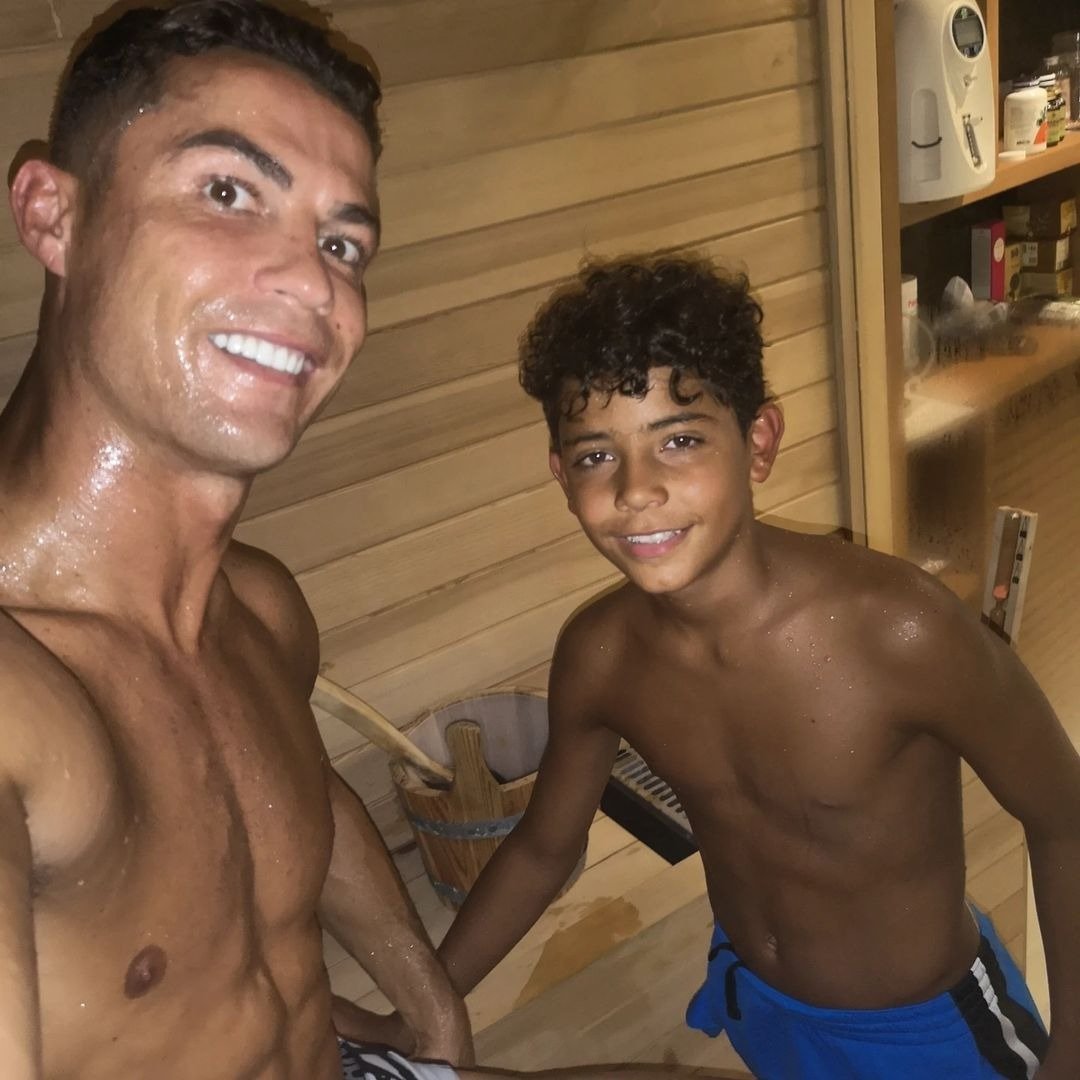 Nicknamed Cristianinho (or "little Cristiano"), Cristiano Ronaldo Jr. was born in San Diego, California, on June 17, 2010, back when his father was dating Russian model Irina Shayk. Despite being in a relationship with the Victoria's Secret beauty, the soccer star is rumored to have turned to surrogacy, with the identity of his first-born's mother remaining a mystery to this day.

Announcing he had become a father for the first time, Ronaldo explained in a statement: "It is with great joy and emotion that I inform I have recently become father to a baby boy. As agreed with the baby's mother, who prefers to have her identity kept confidential, my son will be under my exclusive guardianship."

As expected, the topic piqued a great deal of interest as many were curious to learn why Ronaldo, a straight, wealthy young man in a committed relationship, chose to turn to surrogacy. The rumor mill also speculated that Cristianinho was born after a one-night stand with an American waitress, with the Sunday Mirror alleging that Ronaldo rented the womb of a British student for £10 million.

Throughout the years, the Portugal captain has remained tight-lipped about the birth of his eldest son, now 11.

"People speculate I was with this girl or another, or there was a surrogate mother," he was quoted as saying. "I have never told anyone and never will. When Cristiano [Junior] is going to grow up, I am always going to say the truth to him because he deserves it, because he is my son, but I am not going to say because people want me to say."

While it's unknown if Cristianinho has knowledge of who his mother is, the youngster is clearly the apple of his dad's eye and can often be seen by his side at award ceremonies or in photoshoots for Ronaldo's fashion brand, CR7. The young boy seems to be following in his father's footsteps, showing a real talent for soccer. According to the British Sun, he has starred for Juventus' youth squads and already boasts an impressing goal return.

Cristiano Ronaldo Jr. is also popping up all over Rodriguez's Instagram and appears to have a great relationship with his step-mom.

Although the circumstances of Cristianinho have never been publicly revealed, Ronaldo was upfront about using a surrogate when he became a father for the second and third time. His first set of twins, Eva Maria and Mateo, were born in San Diego, just like their older brother, with the news of their June 8, 2017 birth coming as a shock for fans who knew the footballer was already dating Rodriguez at the time.

"Cristiano Ronaldo will not share any reason as to why he chose a surrogate mother, he is simply grateful that he now has twins," a rep for the soccer star said in 2018, via The Sun.

One month after the 4-year-olds were born, Ronaldo announced that his girlfriend was pregnant with his fourth child. Their daughter, Alana Martina, was born on November 12, 2017, five months apart from step-siblings Eva and Mateo.

Expanding his brood from one to four over just five months in 2017, Ronaldo celebrated Alana's birth on social media, telling reporters at the time: "Being a father is a unique and personal journey, something that has changed me completely. It's taught me things about love that I never knew existed. It has softened me and given me a different perspective on what is really important in my life."

The soccer star added: "Being a father and seeing my family grow is without doubt the greatest privilege I've had. Spending time with them, being by their side, smiling and laughing with them. They've brought a lot of happiness and joy to my life."

Likewise, Rodriguez shared a sweet snap of baby Alana that went viral for several reasons, including how stunning the new mother looked one day after giving birth.

Check it out below.

The model, who met Ronaldo in the summer of 2016 while she was working at a Gucci store in Madrid, has been keeping the updates coming, recently sharing an adorable video of Alana learning to speak English.

Baby On The Way 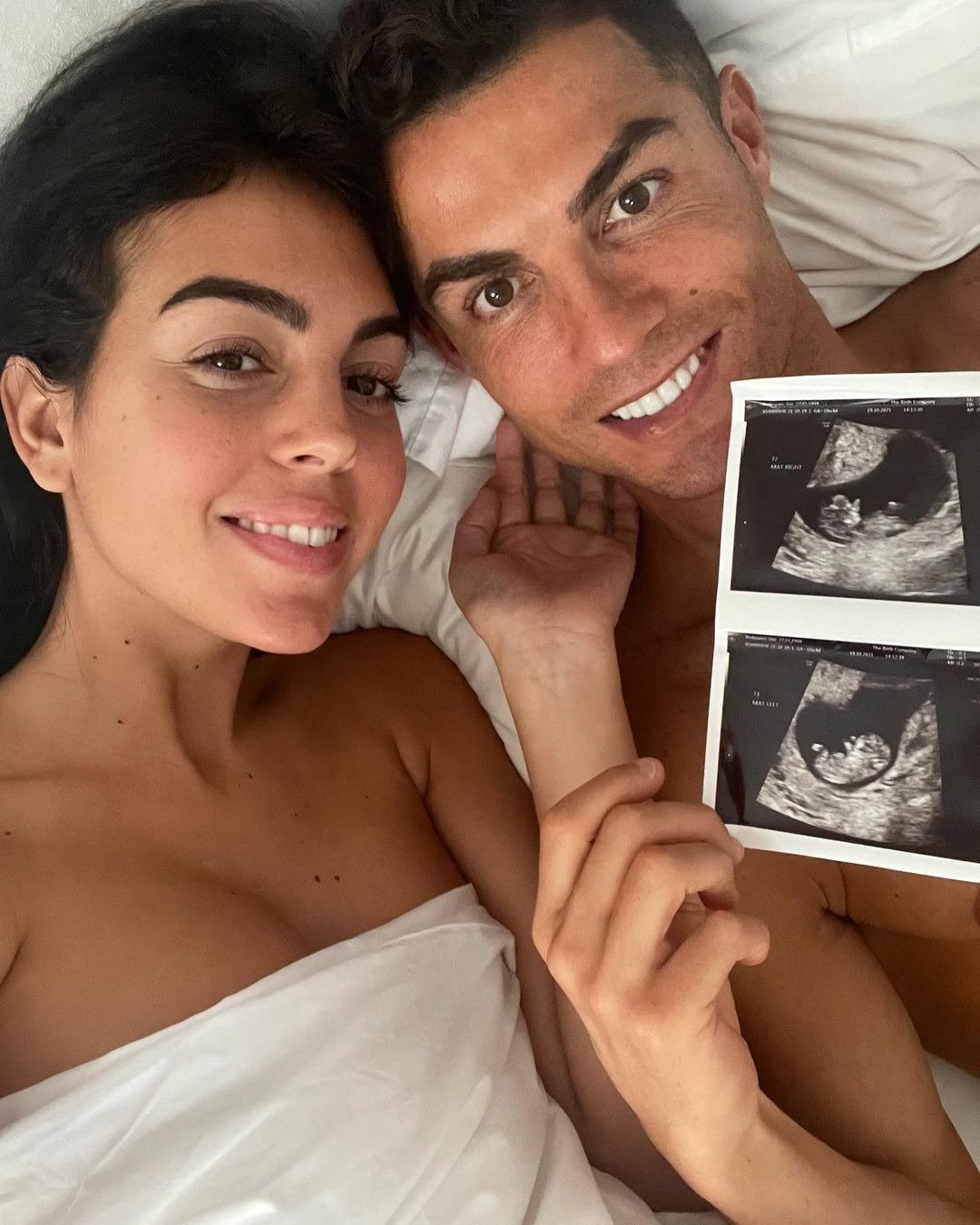 Ronaldo and Rodriguez now have a second set of twins on the way, with the couple breaking the news on Instagram in October.

"Delighted to announce we are expecting twins👶🏻👶🏻. Our hearts are full of love - we can't wait to meet you ❤️🏠#blessed," Ronaldo wrote at the time, sharing the above selfie of him and his girlfriend holding their babies' ultrasound scans.

In mid-December, the couple shared they were expecting a boy and a girl, posting a sweet gender reveal video that featured their four other kids.

Soon-to-be a father-of-six, Ronaldo has plans to grow his family even more. The Manchester United athlete told the Portuguese paper Correio da Manha that his eldest "wants more brothers and sisters."

"He wants seven, the magic number [Ronaldo's jersey number] and I think that's good," he said.

In a recent heartwarming tribute to his family, the soccer star posted a lovely photo of the clan in Dubai. Penning the caption in Arabic, he wrote, per a Google translation: "Thank you Dubai for providing the most beautiful family moments.."