'Give A Chance To Come Back': Ramona Shelburne Reveals Joel Embiid's Message To His 76ers Teammates 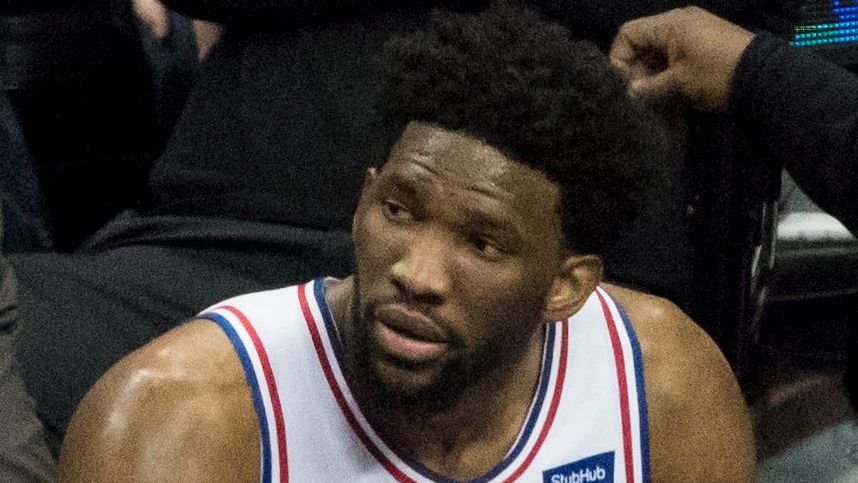 The Philadelphia 76ers avoided an embarrassing playoff collapse against the Toronto Raptors after closing out the series in six games.

However, the feat came at a cost as star big man Joel Embiid suffered a right orbital fracture and a mild concussion. Embiid will miss some time, but he's eyeing a quick return.

Joel Embiid Is Dealing With Orbital Fracture And Mild Concussion 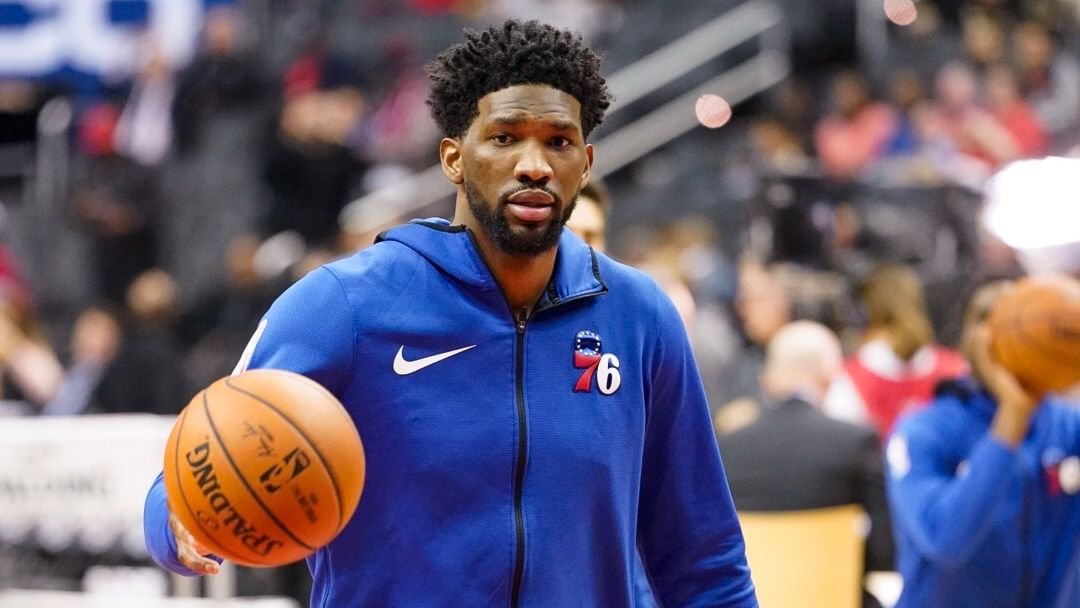 The 76ers moved past the Raptors after a strong showing in Game 6, but it featured Embiid suffering another disappointing injury.

Late in the fourth quarter, the star big man received an inadvertent elbow from Pascal Siakam as he drove to the basket. Embiid stayed in the game, but he suffered an orbital fracture and mild concussion that will keep him out for at least two games.

As the 76ers prepare to play the Miami Heat, Embiid has a message for his teammates.

Joel Embiid Is Hoping to Return Soon From Injuries 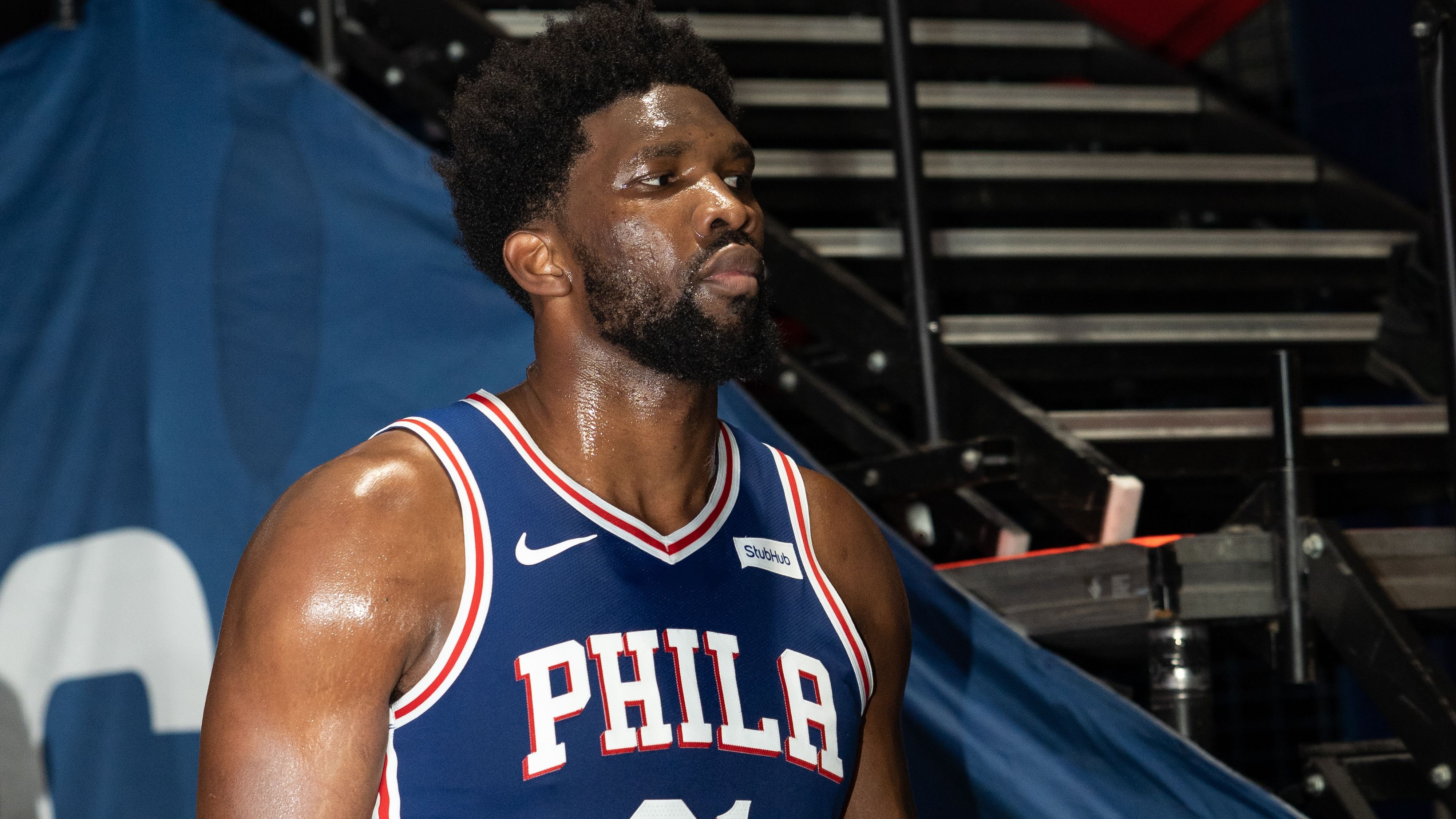 The 76ers are faced with the challenge of competing in at least the first two games of the series against the Heat without the MVP candidate.

During Ramona Shelburne's appearance on ESPN's NBA Today on Monday, she provided an injury update for Embiid, detailing that he is still dealing with some concussion-like symptoms in relation to his sensitivity to light.

She also stated that the All-Star big man needs to clear other hurdles, such as building his cardio again and going through shooting drills before he can receive clearance to play. At the same time, Shelburne revealed Embiid's lone message to his teammates.

Embiid remains optimistic about an early return, but that entire process is out of his hands. He can only hope that his team can right the ship and keep the series competitive until he returns.

76ers Have Tough Task Ahead Against The Heat

Although the Heat are dealing with injuries regarding Kyle Lowry's ailing hamstring, the team has the pieces to make a deep playoff push.

Embiid's absence could open the door for Miami to be more effective in scoring in the paint. Bam Adebayo may become a bigger component of the offense, while Jimmy Butler should have the ball more in his hands with Lowry hampered.

All that sways the early outlook toward the Heat's favor, and beyond that, more scrutiny and pressure on Harden's performance.

James Harden Must Step Up

Embiid's absence through at least the first two games of the series is a significant blow, but more importantly, it puts more pressure on James Harden to lead the charge.

The 76ers acquired Harden, expecting he would be a huge offensive factor as a playmaker with his scoring and passing. He's showcased the latter in the playoffs, averaging 10.2 assists per contest in the six games played in the first-round series against the Raptors.

However, his scoring woes from the regular season have bled over into the playoffs. He averaged 19.0 points on 41.1% shooting against Toronto, including shooting below 37% from the floor four times.

Harden holds the bulk of the responsibility to carry the 76ers, while supplementary talent such as Tyrese Maxey and Tobias Harris need to be massive factors if Philadelphia has any chance against Miami with Emibid sidelined.