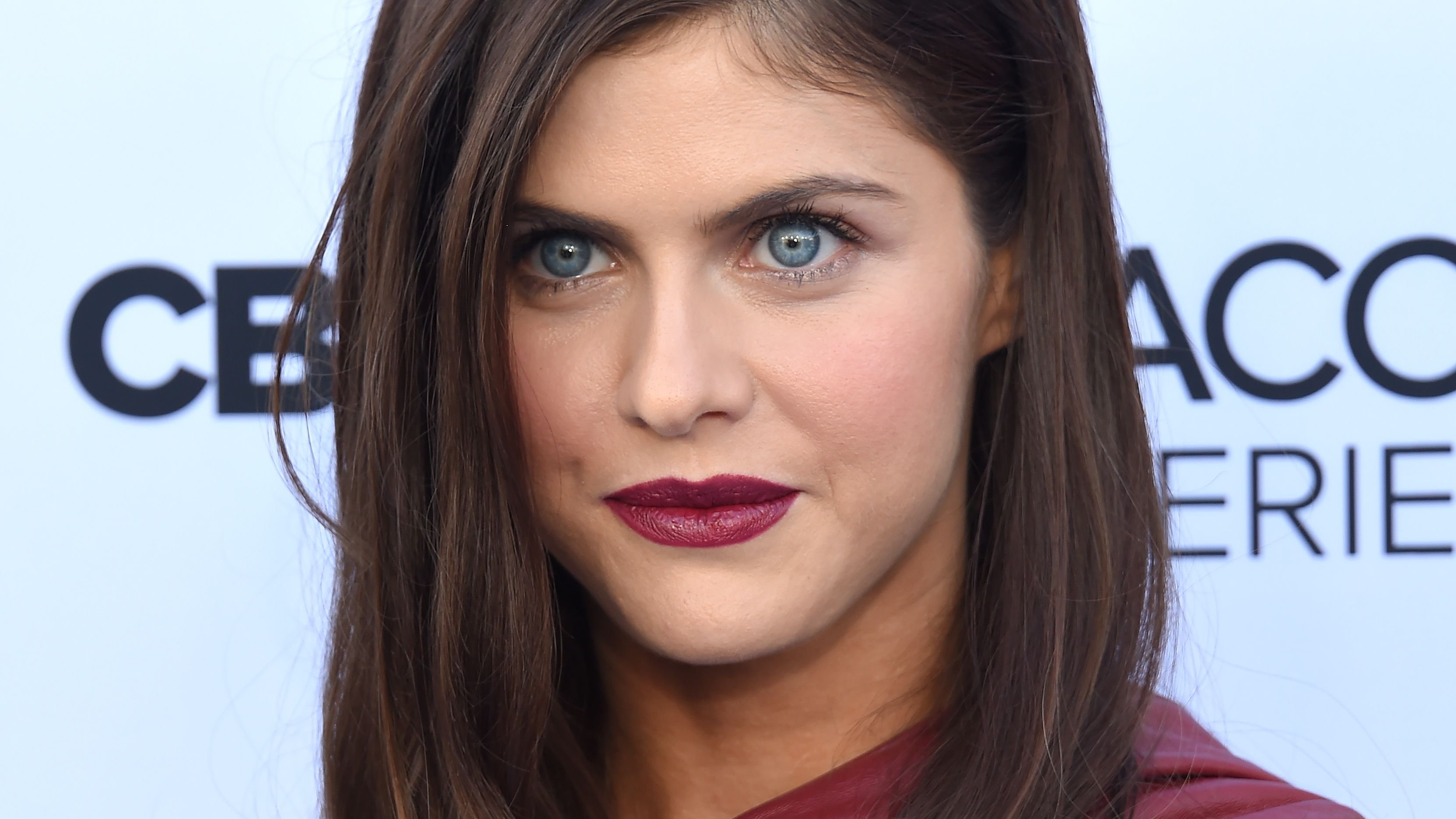 Alexandra Daddario was a vision in cleavage-flaunting Carolina Herrera on Sunday as she snapped a mirror selfie for her 22.5 million followers on Instagram to enjoy. Effortlessly chic in a dark-blue maxi dress with black stripes and short ruffle sleeves, The White Lotus star posed barefoot in an empty hallway, racking up over 857,000 likes from her devoted admirers.

This comes after the 36-old impressed in a low-cut red number in a series of photos taken at her Hancock Park residence in L.A., which the actress shares with her fiancé, Andrew Form.

Check it out below!

Using a compact camera to photograph herself, Daddario showed off her svelte figure in the cinched-waist dress, which had a corset-like midsection offset by an ample skirt. Highlighting her bust and generous décolletage was an elegant bow with thick, long ribbons draping over her tummy and down to the mid-thigh.

The actress kept the outfit simple and didn't seem to be wearing any visible accessories. She appeared to be makeup-free and wore her hair down, her long bob grazing her collarbone and drawing even more attention to the revealing neckline. 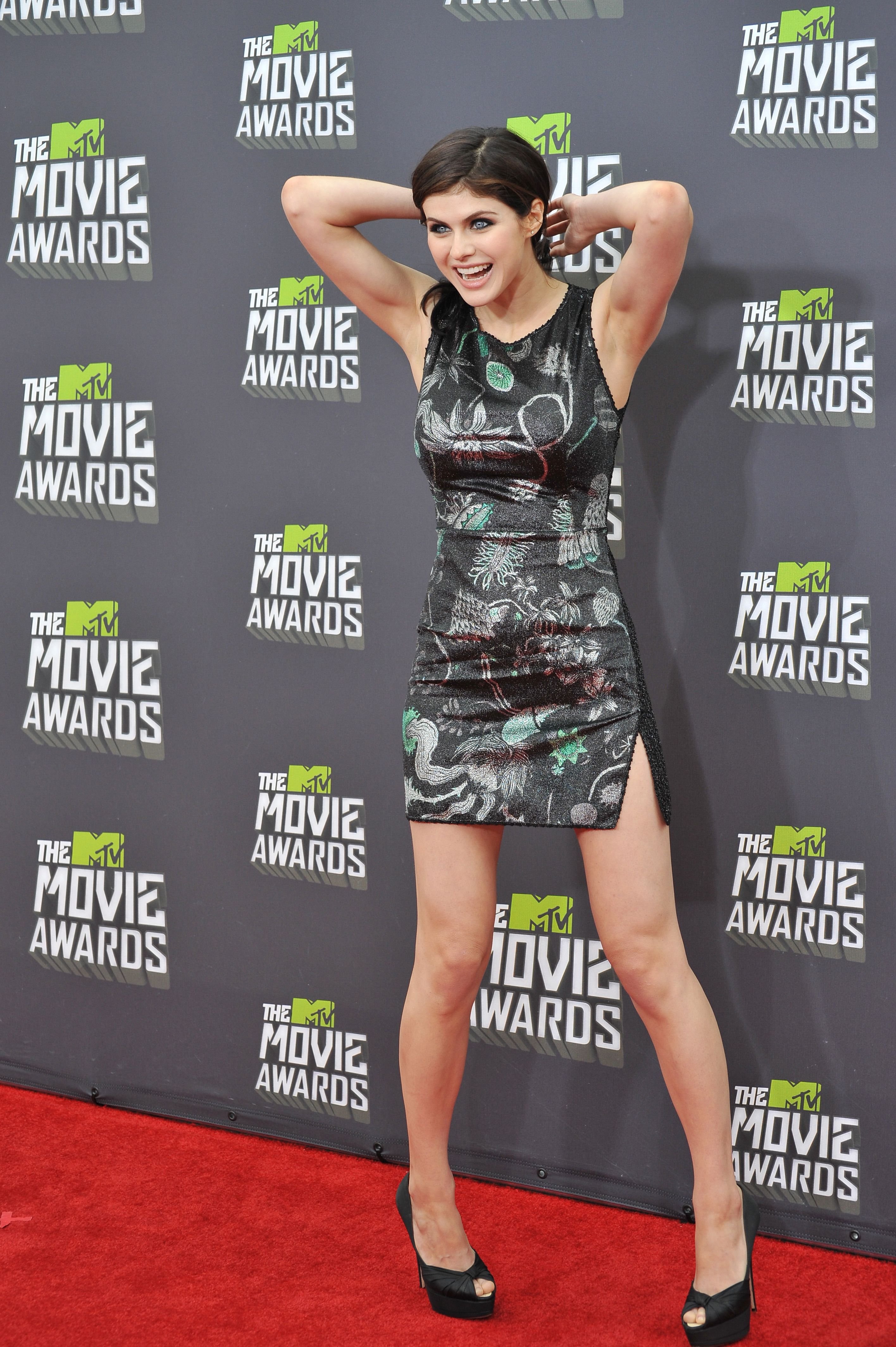 Fans went ecstatic over the share, flocking to the comments to leave her over 2,300 messages wherein they complimented her classy look. "That dress looks so dope," said one person, while another dubbed her "Hollywood queen."

While it wasn't clear where exactly the photo was taken, Daddario was back in Louisiana over the weekend, with The Daily Mail reporting she went swimming in a local river with her sister, Catharine, 29, who's also an actress. The eldest of three siblings, Daddario also has an actor brother named Matthew, 34. It seems talent runs in the family!

Hanging Out With Sis

The Baywatch star previously shared several pictures with Catharine taken at a photo booth. Whatever the Daddario sisters are up to in Louisiana, it sure looks like a ton of fun!

As The Inquisitr reported earlier this month, the 36-year-old has been spending time in the Pelican state where she's filming her upcoming supernatural show, Anne Rice’s Mayfair Witches. Inspired by Anne Rice's novel series, the AMC show is set to run for eight episodes in 2023 and follows a neurosurgeon who discovers that she is the unlikely heir to a family of witches. 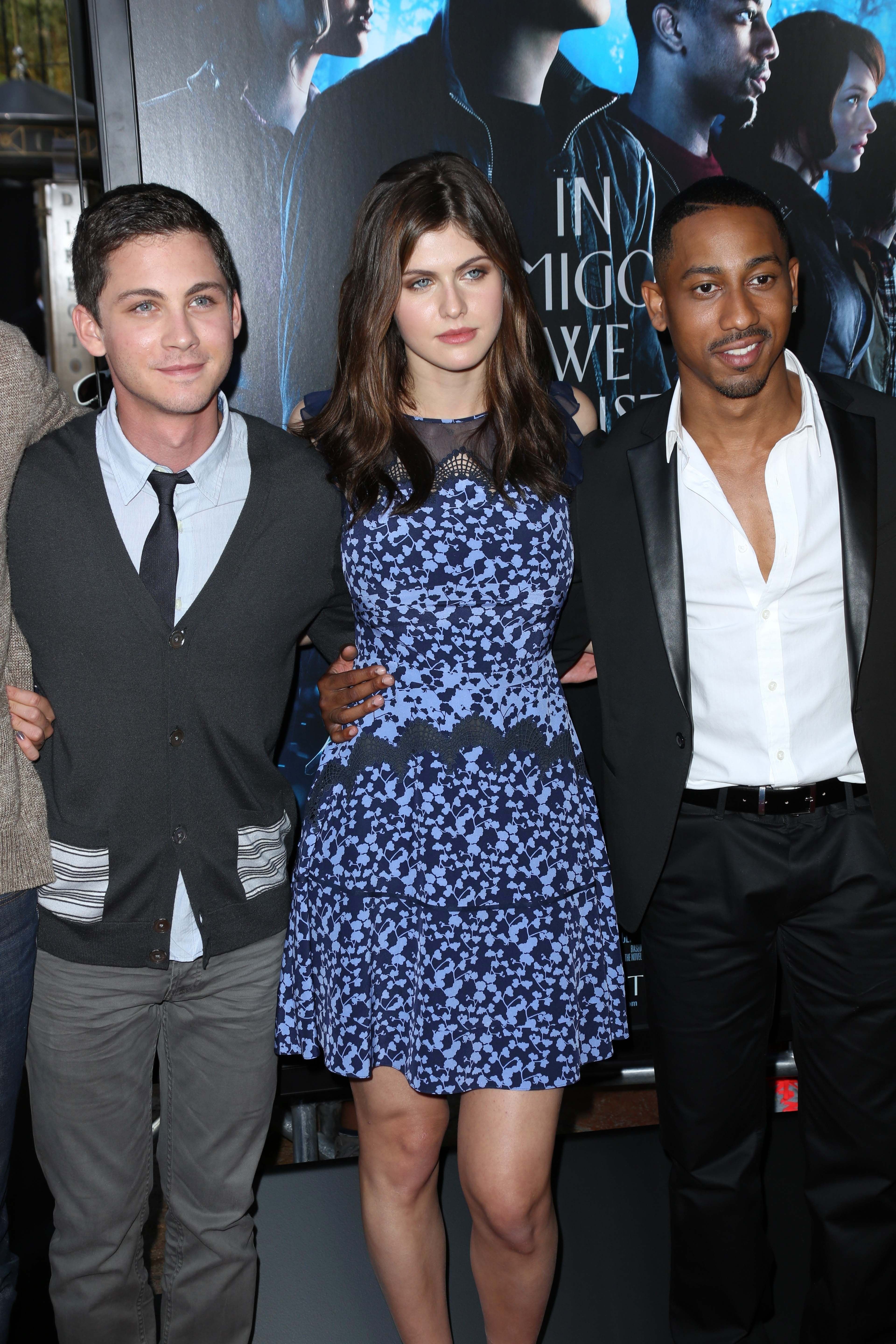 As her new projects are gaining more and more notoriety, fans have also been revisiting Daddario's most popular franchise, Percy Jackon, which is slated to see a live-action series remake on Disney+ but with a different actress in the role of Annabeth Chase. Daddario, who played the character in two Percy Jackson movies in 2010 and 2013, recently weighed in on being replaced by Leah Jeffries in the show, voicing her support for the actress on Twitter.

This comes amid a wave of backlash from fans who criticized the casting of Jeffries as a character "portrayed in the books as white," with Deadline noting the involvement of Percy Jackson author Rick Riordan in the dispute.

“I have been clear, as the author, that I was looking for the best actors to inhabit and bring to life the personalities of these characters, and that physical appearance was secondary for me,” he was quoted as saying.

“You are judging her appropriateness for this role solely and exclusively on how she looks. She is a Black girl playing someone who was described in the books as white," Riordan added. “Friends, that is racism.”