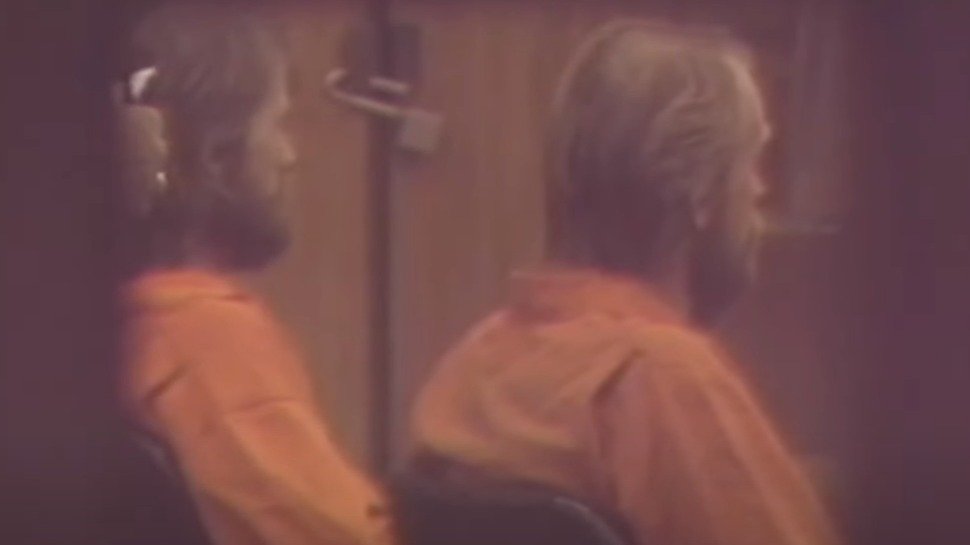 Some known for embracing outmoded fundamentalist beliefs such as polygamy, which the mainstream church distanced itself from starting in the 1890s.

But the School of Prophets gained infamy from two of its members: Dan and Ron Lafferty.

After being excommunicated from The Church of Jesus Christ of Latter-day Saint, Ron and Dan Lafferty joined the School of Prophets, headquartered in the town of American Fork, just north of Provo.

The sect was run by Prophet Onias, Bob Crossfield. Prophet Onias instructed his followers on how they should receive revelations from God, and Ron began to be given them "in earnest" in early 1984.

The Lafferty Brothers Once Had Normal Lives

Lafferty was an affluent chiropractor in Provo, the home of Brigham Young University, and he had run for county sheriff and served as an elder in his church. His older brother, Ronald, was a city council member in Highland, Utah.

But soon, their entire worlds would unravel with their heinous crimes.

Ron Lafferty Said He Had A Revelation To Commit Murder

Ron claimed he was given a revelation that included a warning for his ex-wife Dianna, who had fled to Florida with their children after Ron had become increasingly abusive in their marriage.

Ron claimed the revelation called for Dianna to repent or she would be "removed."

Ron also claimed he'd received a revelation about killing his sister-in-law Brenda Lafferty and Erica's 15-month-old daughter. He claimed he was also commanded to kill Chloe Low and Richard Stowe.

Dan Lafferty used a 10-inch knife to cut both Brenda's and Erica's throats.

The brothers also planned to kill Low and Stowe, but the two were on vacation, and the brothers could not find them. The Lafferty's fled Utah for Nevada shortly after the murders.

The next month, the brothers were arrested in front of a restaurant in the Circus-Circus casino in Reno, Nevada.

The Murders Were The Latest Among Fundamentalists

Alan Lafferty testified that he and the brothers' mother all knew what they were planning and that Ronald showed him the revelation.

"I told he should be absolutely sure that was what God wanted," Alan Lafferty said during the trial. He said he did not warn his wife because he did not want her to worry.

The murders were the latest in a series of acts committed by those in fundamentalist sects.

For example, in 1978, Rachel Longo claimed she had a revelation to take her family to join her dead husband, David, and threw their seven children from an 11th-story window in a Salt Lake motel overlooking the Mormon Temple and jumped after them.

The Brothers Were Found Guilty Of Murder

He also went on trial three times for the murders. His first conviction resulted in a guilty verdict, but he was found incompetent to have stood trial and was sent to the Utah State Hospital for mental health treatment shortly after. Three years later, he was tried again and found guilty.

Ron elected to be put to death by firing squad but died of natural causes in November of 2019.

Dan Lafferty was found guilty and sentenced to two life sentences to be served concurrently. He is currently incarcerated in the Utah State Prison's maximum-security wing.